At the Telos Alliance®, we’ve been breaking new products and technologies at NAB since 1985: The first broadcast audio product to use DSP. Legendary audio processing from Omnia®. The disruptive Voltair watermark monitor and processor. And don't forget Audio over IP for broadcast - first from your friends at Axia® Audio.

But broadcast radio is changing by leaps and bounds. At NAB 2016, we pay tribute to our legacy with our core, flagship products. Yet we also look at where we are now and prepare for the future via bleeding-edge technologies designed to provide solutions for and meet the demands of ever-evolving broadcasters.

Whether or not you're on your way to Vegas for NAB 2016, you can follow along right here.

Take a virtual stroll into our booth, and join us as we celebrate…

The Telos Alliance opened NAB 2016 by announcing µMPX™ (“micro” MPX), a cutting-edge codec that's purpose-built for FM and drastically reduces the bandwidth required for MPX to a mere 320kbps. Learn about this game-changing tech in our video with codec developer Hans Van Zutphen.

Getting Serious About Security

Follow Telos Alliance on social media throughout NAB 2016 with #RadioNow! Whether you're holding down the fort at home or at the convention center, you can keep up on Twitter, Facebook, and Google+ at #RadioNow!!

AM Processing Tips from Ted

Ted Alexander is an AM processing guru of sorts. Learn from the master himself as Ted offers crucial processing tips in this interview with Denny Sanders.

AM radio is a great source of news, info, sports, and other compelling content. Sadly, listenership has declined due to higher fidelity alternatives. The increase in interference and noise hasn't helped, either.

We've launched the Omnia.7AM, which is specifically designed to address the AM spectrum's unique challenges and give AM broadcasters a fighting chance at great audio with their own signature sound!

AM Never Sounded This Good.

Voltair — and its effect on PPM® — was the the hot topic last year in broadcast news. With recent findings on Voltair's effect on enhanced CBET and the introduction of the Voltair Data Export License feature, the coverage is heating up in the press yet again.

Follow the story as it unfolds on our Voltair in the News page.

Not all programming encodes equally with PPM®... this is something you likely already know. But do you know what programming codes well and what doesn't?

This is where Voltair® comes in.

With Voltair, it's as simple as watching the screen on the front panel. Of course, we understand you may not have the time to sit and stare at a little screen for hours on end. So we created an easier way.

Learn how to Maximize your PPM®.

The Stream Locomotive is leaving the station. Don't get left behind.

he Streaming Audio piece of the broadcast revenue pie continues to grow. Make sure your streams' audio quality is up to par. Find out how with five key steps to a better stream—using the Z/IPStream R/2 Stream Encoder/Processor.

Since eCBET launched late last year, we've been busy researching, working with Voltair® users and non-users alike. Our findings have been pretty interesting.

Turns out, Voltair still offers a significant advantage to your ratings. So if you're already using Voltair, contrary to what some might have you believe, it's a good idea to keep it plugged in.

Meantime, we're busy working on still more enhancements to this game-changing box, which we'll be unveiling at NAB 2016. Get the details!

We're back in Las Vegas for NAB 2016. This year you can find us in North Hall, booth N1934. Register NOW! Use guest pass code LV9728 for a complimentary exhibits pass, courtesy of Telos Alliance. 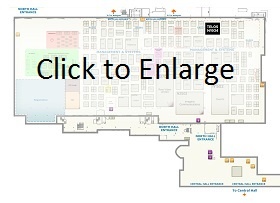 Take a tour of Telos Alliance Cleveland headquarters with Kirk Harnack, with a special greeting from CEO Frank Foti.

The Telos Alliance is proud of the role we played in making AES67 a reality, bringing audio interoperability to life. Recently, the AES ratified a new standard. Telos' Marty Sacks tells us what AES70 is all about. 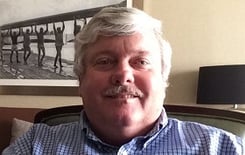 Experience firsthand the benefits of a complete AoIP ecosystem at the Media Networking Alliance booth (N625), where Axia Audio will be demonstrating its Livewire® technology. 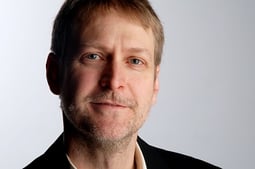 State of the Industry Panel Discussion

Keep up with the latest NAB-related news from the Telos Alliance on our NAB Press Page.

You can also read these and other announcements below: